Nikolaos was a bishop in Myra; he was born in Patara di Licia, an old city of the modern Turkey between the year 260 and the year 280 AD and died on December 6, 343 AD. When his parents died, he inherited a considerable patrimony, that he entirely used to help the needy and the children of his community. St.Nikolaos performed numerous miracles, especially on children and for this reason, he is venerated as their protector. His first miracle is depicted in a large painting, visible on the walls of the church, entitled to his name showing the resurrection of three children. The story goes: one day the bishop Nikolaos visited an inn and being informed that the keeper had killed three children and preserved them in salt in a large tub, fi rst resurrected them and also made sure the wicked man turned his life around giving up his evil acts. Another story tells about St.Nikolaos rescuing three girls from a desperate life of prostitution, forced on them by their own father, and reduced to extreme poverty. The bishop then gathered a considerable number of gold coins in a pouch and threw it into the window of the man’s house, saving the girls destiny. In 1089 a few seamen from Bari sailed to Myra and succeeded in bringing back the mortal remains of the Saint to their city. Since then, St.Nikolaos is venerated as patron Saint of the city, where is body reposes inside the crypt under the Cathedral, built in His honor. 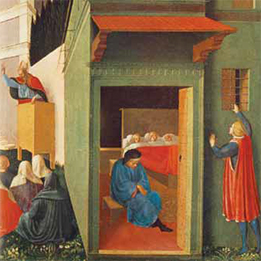 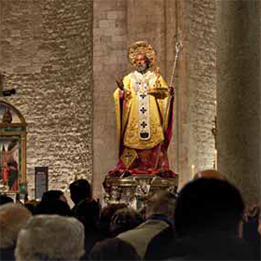 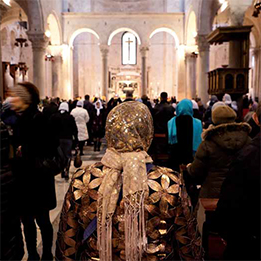 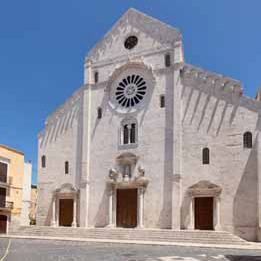 In Orsara, a little village in the Northern part of Puglia, an ancient tradition is still kept alive, every year on November 1st. Huge bonfi res are lit to honor the dead, melding together fire and a popular cult of the dead. Burning juniper branches disintegrate as they burn, and rising sparks mark the way up to the sky to reunite the living and their departed. Emptied out pumpkins, carved to look like human faces, are placed at the entrance of each house with a burning candle inside. According to popular belief, these lit pumpkins allow the deceased to recognize the home where they once lived. To honor the dead, “Cibi poveri” (Poor Foods) are prepared and served, like the “Muscetaglia”, a sweet bread made with must reduction and wheat. Every family collects some burning coals from bonfi re, takes them home, and places them into their own fi replaces. Thus, tradition holds, the deceased come back among the living and visit their relatives and homes where they had once lived. 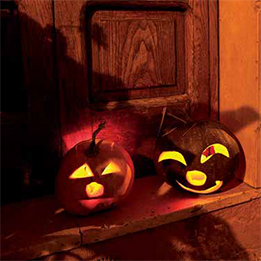 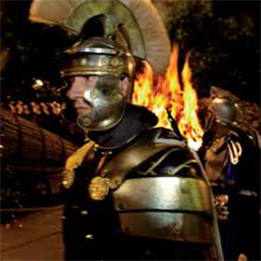 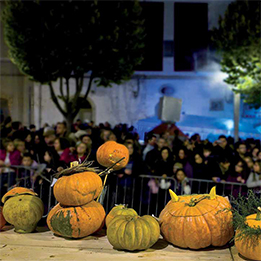 The sea of Puglia offers an endless variety of shellfish and fish in general, both of a special flavor and scent. “Il crudo di mare” just off the boat, is a typical dish of the Region. 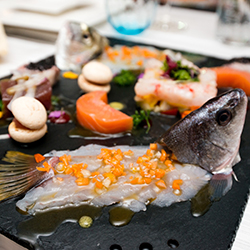 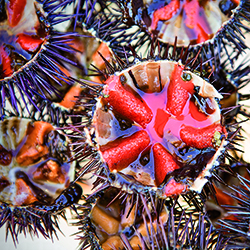 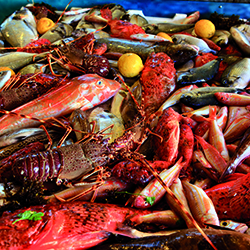 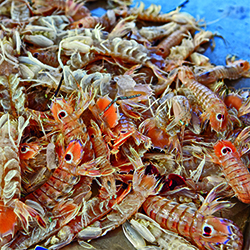